Four days in and the fog is descending…not the weather which remains resolutely warm and sunny, but my mental state after on overload of science, food, drink, and long days. Nothing compelling at 8:30 so we had a morning jog and breakfast at the excellent cafe just outside our apartment. Possibly the best almond croissant ever, feeling a bit stupid for not discovering this place before as we’ve stayed in the same airbnb three times now. We’ve got some catching up to do!

There was a mathematical session at 10:30 covering a huge range of ideas. I was particularly looking forward to a talk that promised to explore the mathematics of emergent constraints. However it turned out to be a little more specialised than I had hoped, focussing in detail on the relationship of variability to long-term changes motivated by the recent Cox et al paper. Still lots of room for more to be done here.

Lunch was the GMD editorial board meeting. I’m happy to see GMD charging on successfully and jules will be stepping down from her Chief Exec position in due course. It’s no longer growing rapidly but seems to have stabilised at a reasonable level. I don’t think there is anything of great public interest to report. There will be a mobile version of the journal website launched soon.

Straight after lunch was jules’ climate sensitivity session. I’ve struggled to organise similar sessions in the past so it was great to see that this was packed with great talks and well attended too. Andrew Dessler gave a particularly good presentation on some of his work on interannual variability and also included the below graphic which is perhaps my biggest contribution to science this year. Perhaps I should have made a slightly less fuzzy green camera, it’s a bit low-resolution but never mind. 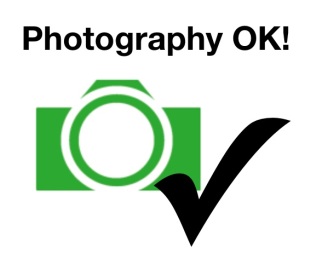 There is still a general prohibition on photography “unless the presenter authorizes it. Presenters are encouraged to inform the audience if they welcome photos.” Baby steps when compared to the blanket prohibition that has been in place in earlier years. People take photos all the time of course, it’s easier than writing a note these days if you want to take down a name/reference/idea/… Maria Rugenstein also gave a nice summary of er Longrun MIP analysis which I’ve seen some of before but which seems more complete now.

After tea I listened to Tim Palmer’s medal lecture. Tim sometimes gives interesting-but-controversial talks about wild idea relating to stochastic parameterisations, stochastic computing or his aims for a global climate centre, but this was more of a standard didactic history lesson on the growth of probabilistic prediction in numerical weather prediction. As such I knew most (but not all) of it and it was probably of wide interest but not hugely stimulating to me personally. The main message is that we should make probabilistic weather forecasts, and we already do, so that’s alright then.

jules and I had three posters to defend between us, slightly inconveniently arranged on three different (but at least neighbouring) rows. We had however discovered the best strategy for dealing with the 5:30 beer queue (thanks to a fortuitous coincidence on Monday) so at least were well fuelled for the occasion. Lots of interesting conversations ensued, at least that’s how I remember it. As well as taking about our own work there was time to visit the others in the sessions.“Oh look here’s James to tell you why your poster is wrong” said one person as I wandered along which raises the question of how many others were thinking it 🙂

After posters we had the Copernicus 30y Birthday Party to attend. Copernicus is the admin/meetings/publications wing of the EGU (which was the EGS back then, if it wasn’t something else previous to that). To be honest I’m not sure exactly how it all fits together but it seems to work very well so I’m not too bothered. It was up on the top floor of one of the local office blocks close to the conference centre. There was plenty of food and drink to go round. 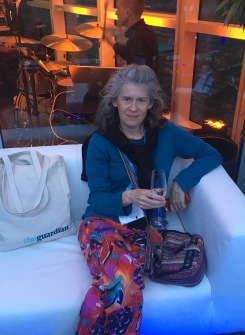 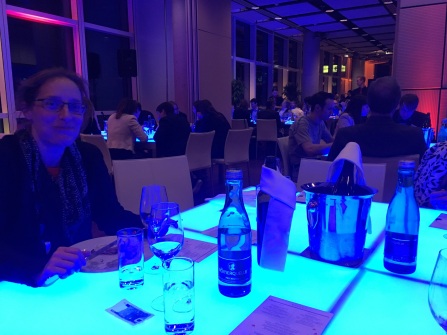