There is a weird divide between paleoclimate modellers and other model developers, that I have never understood. My impression is that the paleoclimate group at JAMSTEC was one of the larger and more integrated, but even there paleoclimate runs were always completed, without much interest from others, using the “spare CPU” left after the main CMIP runs were completed. However, in 2006, when we published a paper looking at different constraints on climate sensitivity, the Last Glacial Maximum seemed like it should provide a strong constraint on the high end. Since then I have always been of the opinion that the LGM should be a mandatory CMIP run. If a model has not been shown to reasonably reproduce a climate with a different atmospheric CO2 level (among other forcings), then of what use is it for projecting future climate change?

But no one in any position of power seems to share this opinion, and I was getting used to boring myself with always asking people to do paleoclimate runs if they wanted to increase confidence in their ensembles, or to check the importance of some correlation between present and future climate that they had found in the ensemble. For the first time in CMIP5, the paleoclimate runs were officially included (although as non-essential runs). Although not everyone has done the runs yet, at least this time they are being completed with the same model versions as those used for the other CMIP models. Because of this, I agreed, a year ago, at the last PMIP meeting, to start the Past to Future working group to aid work into using paleoclimate information to directly improve predictions. For this project to remain well focussed, I think it needs some input for the futurists (those who want to know about the future).

I was delighted, therefore, when I started getting some emails from CFMIP, the Cloudy Futurists MIP. I wrote some sufficiently stupid things in my replies to them, that I gained an invitation to the WCRP Grand Challenge workshop on Clouds, Circulation and Climate Sensitivity, previously blogged as the cloudy lock-in. There is certainly no doubt that finding out something useful about clouds from paleo is a very grand challenge (although Sandy Harrison did make a brave attempt at promoting a cloudiness proxy). This is because, compared to information gained today, paleoclimate information is much more sparse, more uncertain, and more indirect (i.e. you are usually measuring things like isotope ratios or amounts of pollen). Despite this gulf, and my complete ignorance about clouds or atmospheric circulation, it was the most inspiring meeting I have attended for several years. They came up with a focus for the Grand Challenge, which is changing patterns in future climate, with four sub-questions, related to particular changes. There also seems to be quite a strong impetus to increase connections between CFMIP and PMIP, which should be a thoroughly good thing. Maybe the barrier between the paleo and future scientists can be dissolved.

As the four questions were being presented on the last day I realised that I was not, actually, in a room of futurists, but of atmospheric physicists. Rather than asking questions about how the climate will change, the questions were written in terms of whether changes in X are important for climate change, where X is a thing of interest to atmospheric scientists (storm tracks, ITCZ, convective aggregation and convective mixing respectively). Using paleoclimate data to help answer these questions is what they call a “cross-cutting” theme, which means they hope it will help all of them. But this could be confusing to people who know about paleoclimate, because, although paleoclimate climate changes may be partly caused by clouds and circulation changes, they are much more likely to be whole “earth system” phenomena (including vegetation feedbacks, ocean circulation and carbon cycle changes, sea-level changes etc.). So, now I am thinking that it is me and James who are in fact the futurists, who actually want to use all the information we have available to predict future climate. I hope we are not the only ones!

I do not think I am very good at taking photos of people. I think this is partly because I am a bit strange and so people tend to look anguished when they look at me.  However, this isn’t the pickturs blog, and some people seemed to be begging to be blogged… so here goes… 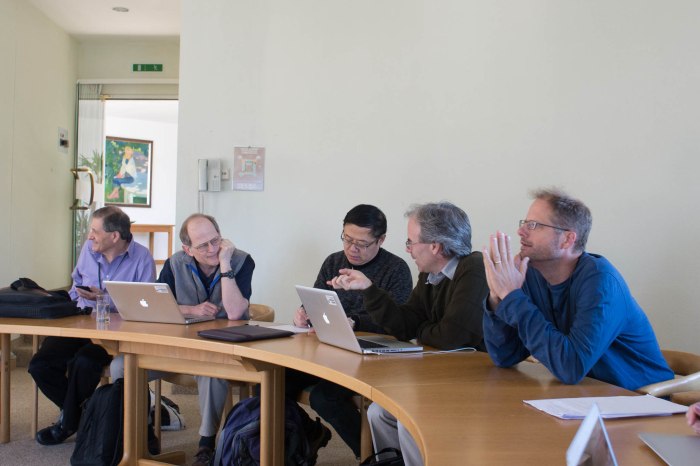 A breakout group – my least favourite thing at meetings 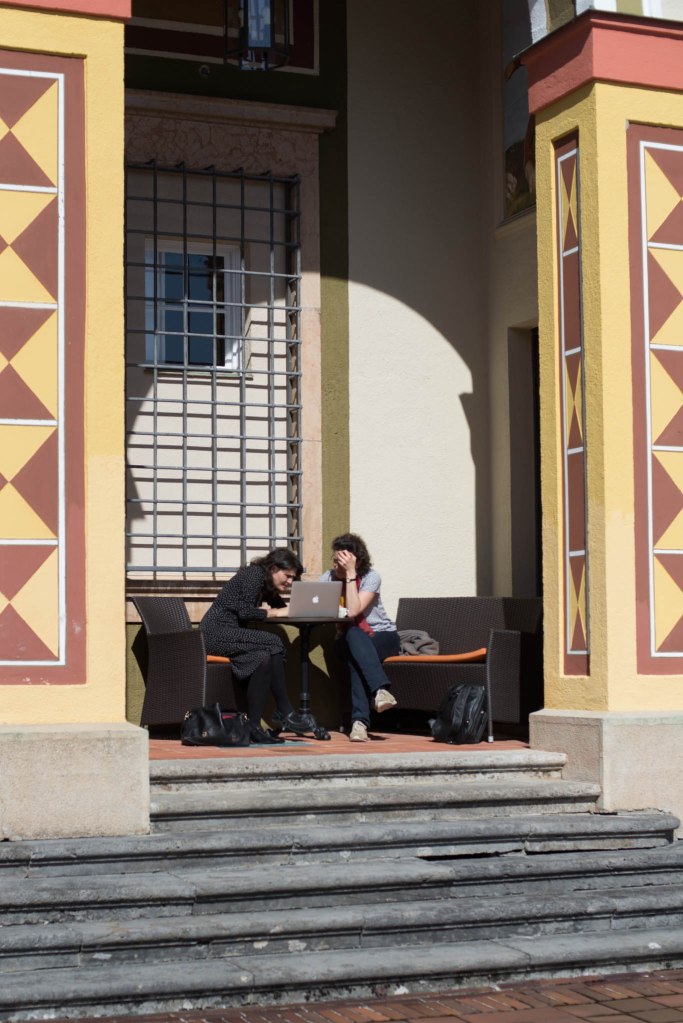 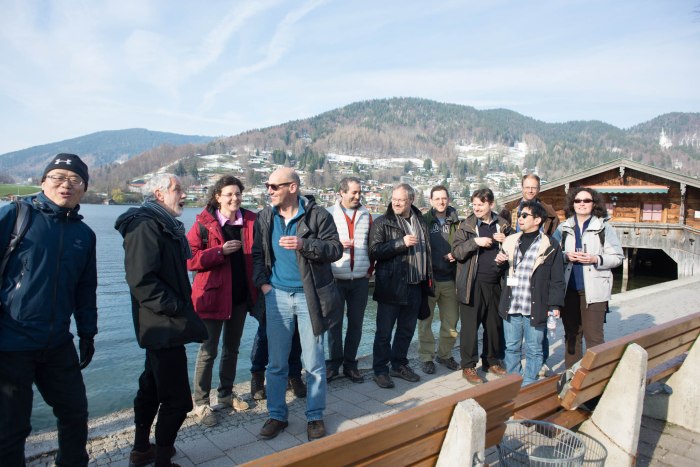 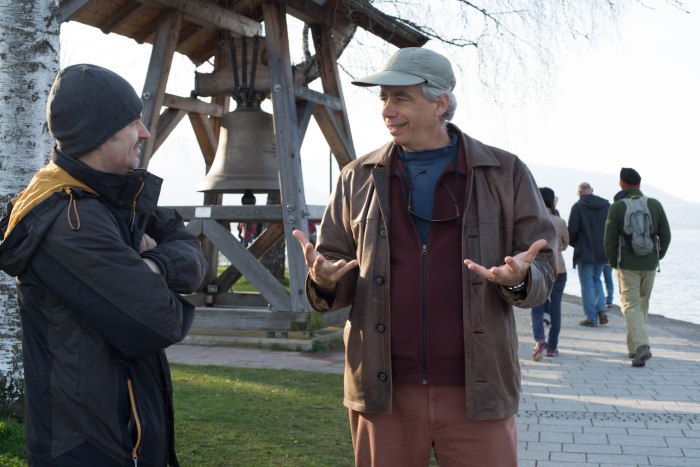 Official fun – walk to lake – many took the instruction to talk about science very seriously – all the real plans were hatched that afternoon. 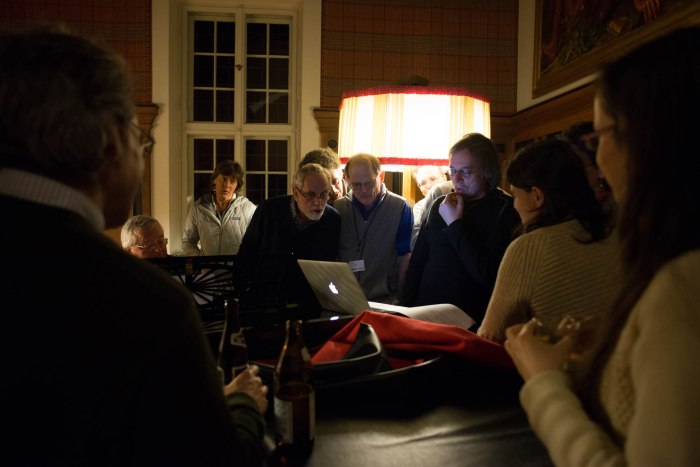 Collaboration continued well into the night 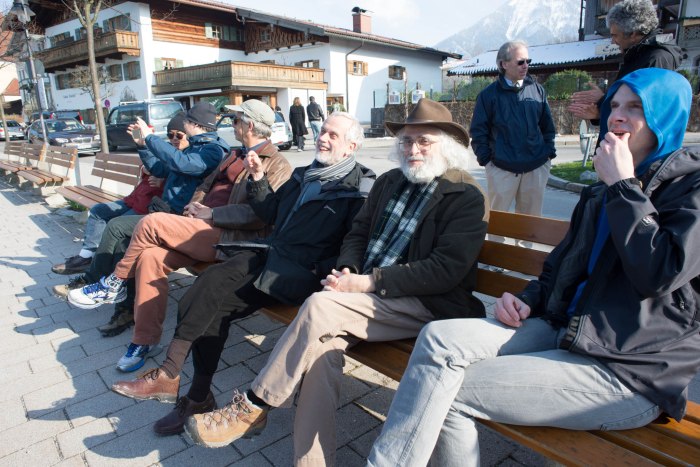 Isaac trying to make it on to the blog. 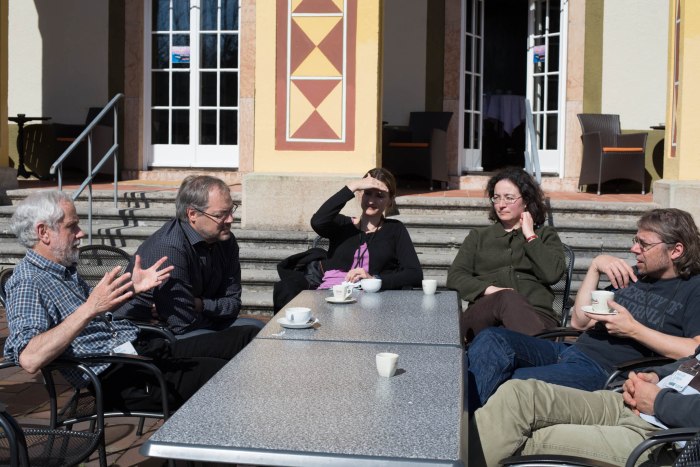 last breakout group, al fresco – it was actually too sunny! 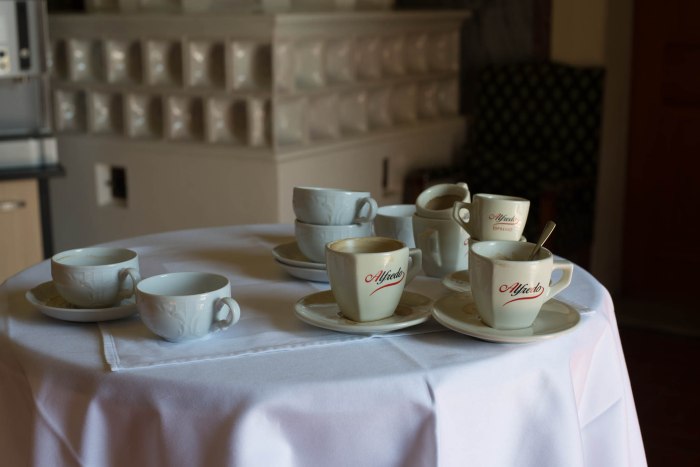 caffeine fueled – with people from Japan, Australia and California there was plenty of jetlag to go round 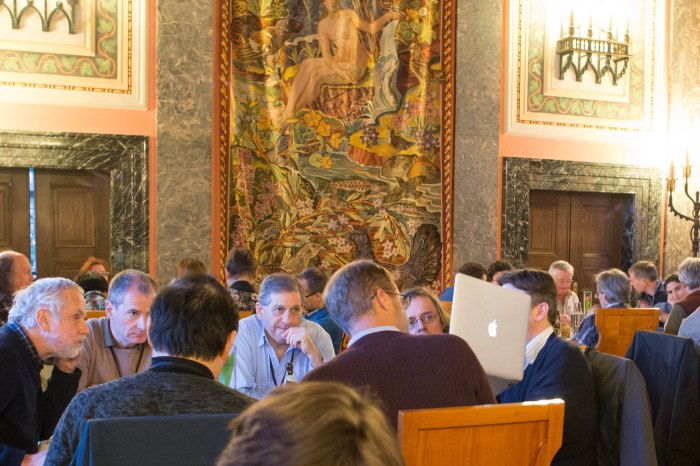 getting a bit geeky over dinner 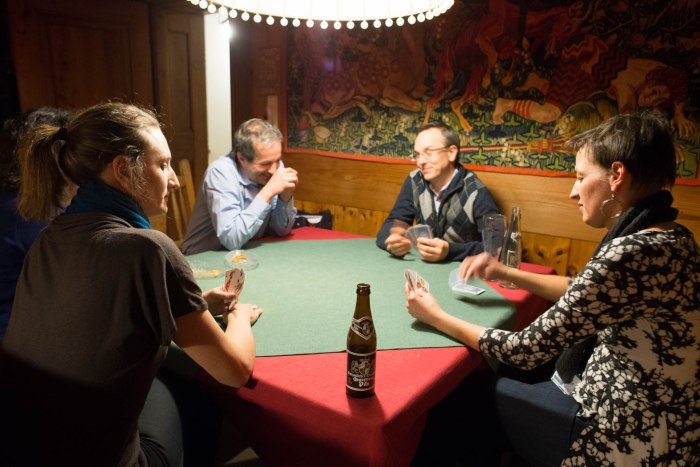 At last – a few moments of unofficial fun!